Is Anyone Good Enough for an H-1B Visa? 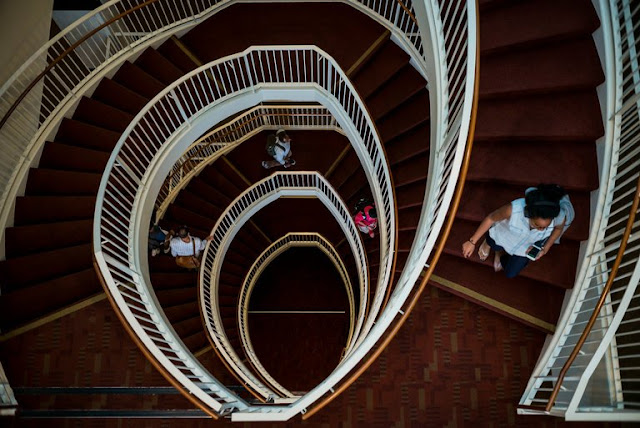 Six months ago I won the lottery — the H-1B visa processing lottery for skilled foreign workers. I called my thrilled parents and celebrated with friends. I’m from northeastern China and have an M.B.A. from Stanford, and was planning to stay in Silicon Valley to help start a company based on a promising new technology to improve the use of data. I was overjoyed because, historically, being selected in the lottery was a near guarantee that an applicant could remain in this country at least three more years.

But at the end of July, I received the dreaded Request for Further Evidence from immigration authorities. I provided the extra information that United States Citizenship and Immigration Services asked for. In September, I got another request. I complied again. Finally, on Oct. 11, half a year after my celebration, I learned I had been denied a visa.

After earning law degrees in China and at Oxford, after having worked in Hong Kong as a lawyer at a top international firm, after coming to United States three years ago for an M.B.A. and graduating and joining a start-up, I was given just 60 days to leave the country. I have 17 days left.

In the past, it was fairly safe to assume that once you were selected in the lottery, your H-1B petition would be accepted by immigration officials. In 2016, this happened about 87 percent of the time. But things began to change in April when the Department of Homeland Security and the Department of Justice announced measures to increase scrutiny of the highly skilled applicants who use the H-1B program, and President Trump signed an executive order calling for federal agencies to suggest reforms to the program.

While it’s unclear exactly what percentage of petitions have been approved so far in 2017, requests for evidence like the ones I received have increased by 44 percent compared with last year, according to immigration statistics, strongly suggesting that more people are being denied than before Mr. Trump took office.

Many of my fellow international students are in situations similar to mine. Some had job offers from companies like Google, Apple and PwC when they learned that their applications had been denied or did not even make it into the lottery. For those whose employers have only United States offices, losing the lottery meant losing jobs and going home, with no real way to use the skills they were on the verge of contributing to the American economy.

And some classmates who, like me, were picked in the H-1B lottery last spring are still waiting for an answer. The Trump administration on April 3 announced that it would suspend the “premium processing” service that, for a fee, guaranteed applicants responses to their petitions within 15 days. This has caused problems for students who needed a quick decision because their work authorization expired over the summer or because they wanted to plan overseas trips that they couldn’t make while their status was in limbo. My mom had surgery for cancer in July, but I simply couldn’t go back to China to be with her and risk being denied at the border upon my return because I didn’t have H-1B approval.

My two requests for evidence asked me to prove my job was a “specialty occupation” — that is, work that only someone with a bachelor’s degree or higher can do. My work involves artificial intelligence and big data, and my letters of support came from an authority in my industry and veteran start-up investor, and a Nobel Prize winner. But it wasn’t enough to convince the government that my job requires advanced skills.

While I gave up my law job and used my savings and my parents’ to pay my Stanford graduate school tuition, in the grand scheme of things, I know my situation is much better than that of many immigrants who are forced to leave this country: Just this week, thousands of Haitians in the United States learned that they may have to return to Haiti as a result of the administration’s decision to strip them of the Temporary Protected Status they were granted while their country recovered from disasters.

It’s true that I’m brokenhearted about missing the chance to return to China to care for my mother (she insisted that I stay and pursue the visa that was her dream for me), but I’m not looking for sympathy. As much as I hate to leave, I know I will be fine.

Rather, I’m frustrated, because I know I’m part of a pattern: America is losing many very skilled workers because of its anti-immigrant sentiment, and while this is a disappointing blow to me and my classmates, it will also be a blow to the United States’ competitiveness in the global economy. Tech giants such as Google and Tesla were founded by immigrants.

I can’t make sense of why an administration that claims to want this country to be strong would be so eager to get rid of us. We are losing our dreams, and America is losing the value we bring.

As I make plans to go back to China, I find myself wondering: If I am not qualified to stay in the United States, then who is?

Author: Frida Yu who is a lawyer and entrepreneur.
Original: https://www.nytimes.com/2017/11/23/opinion/immigration-visa-h1b-trump-.html