获取知识同阶层无关，但唯有知识储备丰富的人才能长久屹立于阶层金字塔的顶端！
at June 09, 2017 No comments:

Email ThisBlogThis!Share to TwitterShare to FacebookShare to Pinterest
Labels: 作品

John Blanchard stood up from the bench, straightened his Army uniform, and studied the crowd of people making their way through Grand Central Station.

He looked for the girl whose heart he knew, but whose face he didn't, the girl with the rose. His interest in her had begun twelve months before in a Florida library. Taking a book off the shelf he soon found himself absorbed, not by the words of the book, but by the notes penciled in the margin. The soft handwriting reflected a thoughtful soul and insightful mind.

In the front of the book, he discovered the previous owner 's name, Miss Hollis Meynell. With time and effort he located her address. She lived in New York City. He wrote her a letter introducing himself and inviting her to correspond. The next day he was shipped overseas for service in World War II.

During the next year the two grew to know each other through the mail. Each letter was a seed falling on a fertile heart. A romance was budding. Blanchard requested a photograph, but she refused. She explained:" If your feeling for me has any reality, any honest basis, what I look like won't matter. Suppose I 'm beautiful. I 'd always be haunted by the feeling that you had been taking a chance on just that, and that kind of love would disgust me. Suppose I 'm plain (and you must admit that this is more likely). Then I 'd always fear that you were going on writing to me only because you were lonely and had no one else. No, don't ask for my picture. When you come to New York, you shall see me and then you shall make your decision. Remember, both of us are free to stop or to go on after that—whichever we choose … "

When the day finally came for him to return from Europe, they scheduled their first meeting—7: 00 p.m. at Grand Central Station, New York.

“You'll recognize me,” she wrote, “by the red rose I'll be wearing on my lapel.” So, at 7: 00 p.m. he was in the station looking for a girl who had filled such a special place in his life for the past 12 months, a girl he had never seen, yet whose written words had been with him and sustained him unfailingly.

A young woman was coming toward me, her figure long and slim. Her golden hair lay back in curls from her delicate  ears; her eyes were blue as flowers. Her lips and chin had a gentle firmness, and in her pale green suit she was like springtime come alive.

I started toward her, entirely forgetting to notice that she was not wearing a rose.

As I moved, a small, provocative smile curved her lips. “Going my way, sailor?" she murmured. Almost uncontrollably I made one step closer to her, and then I saw Hollis Meynell. She was standing almost directly behind the girl. A woman well past 40, she had graying hair pinned up under a worn hat.  She was more than a little overweight, her thick-ankled feet thrust into low-heeled shoes.

The girl in the green suit was walking quickly away. I felt as though I was split in two, so keen was my desire to follow her, and yet so deep was my longing for the woman whose spirit had truly companioned me and upheld my own.

And there she stood. Her pale, round face was gentle and sensible, her gray eyes had a warm and kindly glow . I did not hesitate.

My fingers gripped the small worn blue leather copy of the book that was to identify me to her. This would not be love, but it would be something precious, something perhaps even better than love, a friendship for which I had been and must ever be grateful .

I squared my shoulders and saluted and held out the book to the woman, even though while I spoke I felt choked by the bitterness of my disappointment. “I 'm Lieutenant John Blanchard, and you must be Miss Meynell. I am so glad you could meet me; may I take you to dinner?”

The woman 's face broadened into a smile. “I don't know what this is about, son,” she answered, “but the young lady in the green suit who just went by, she begged me to wear this rose on my coat. And she said if you were to ask me out to dinner, I should go and tell you that she is waiting for you in the big restaurant across the street. She said it was some kind of test!”

It's not difficult to understand and admire Miss Meynell 's wisdom. The true nature of a heart is seen in its response to the unattractive.

Email ThisBlogThis!Share to TwitterShare to FacebookShare to Pinterest
Labels: 转载 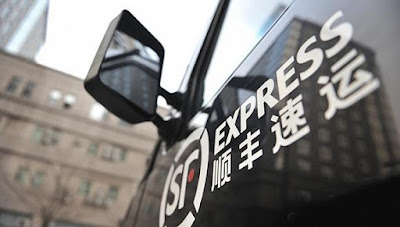